It is our passion to build what you need. We’ve been doing that for 40 years.

When Ludvik Stare was repairing agricultural machinery in the seventies, of the last century, he soon recognised a business opportunity. He had ideas for improving certain shortcomings he had noticed in the agricultural equipment he was repairing. He built the first spiked rotor cultivator – an innovative product that soon become so popular that additional workers had to be hired in order to ramp up the production. In 1970, he founded the Gorenc company.

Our cultivator enabled us to establish ourselves in all the former Yugoslav republics, as well as on the Eastern European and South American markets. In order to meet demand, we built a 300 m2 workshop and hired 10 people.

The changing market conditions after 1991 led us to supplement our range with various metal fabrication and processing services. The range of services we offer is constantly being expanded by the acquisition of state-of-the-art hardware (CNC bending machine, paint shop, robotic welding cell, laser cutter…), allowing us to provide top-notch services to our customers.

For 40 years we have been a reliable, adaptable, and professional partner to everyone in need of premium agricultural machinery and metal-processing services. We enjoy great recognition in the Slovenian and European markets, maintaining a presence at trade fairs both at home and abroad. We will not rest on our laurels. We will continue striving for your satisfaction in the coming decades. 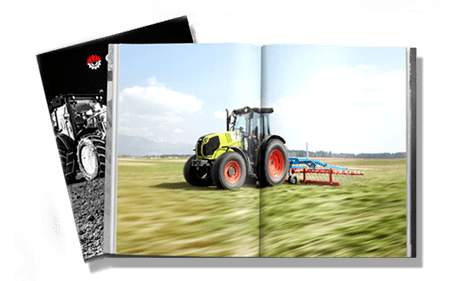 I want my catalog

We have more than 40 years of experience

Watch a video presentation of the company